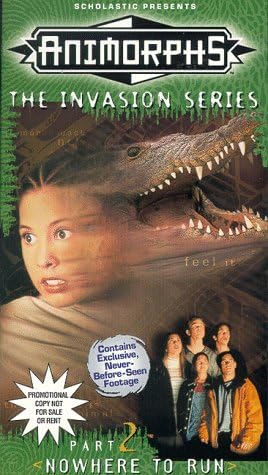 If you know the difference between an Andalite and a Yeerk, then you'll easily become engrossed in this video, which contains three episodes of the "i"Animorphs television series. Even if you're not hooked on the series of sci-fi books that are sweeping grade schools, there's enough inherent drama to draw you in and clues to help you figure it out. Each installment involves high drama: the teens are chased by bad guys and morph into animals as they deal with high-anxiety trauma. In one episode, the teens meet Ax, a wild-looking Andalite creature who falls from space to help them fight the resident bad guys, the parasitic Yeerks. In the best segment, Cassie--one of the morphing teens--can't stop turning into a crocodile against her will. The solution? She burps up the beast. Gross? Yep, and totally kid cool. --Valerie J. Nelson